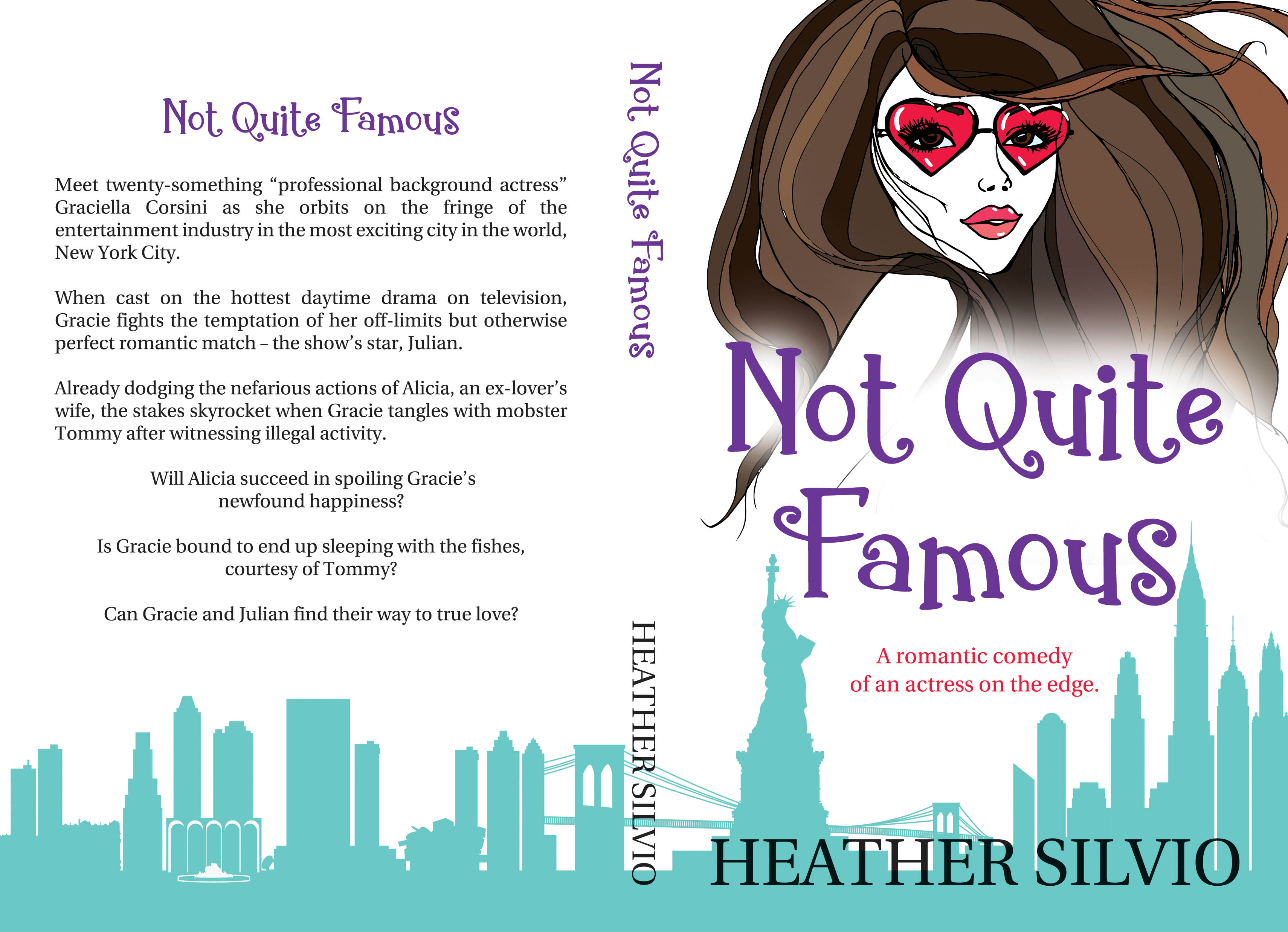 New Cover for Not Quite Famous by Heather Silvio 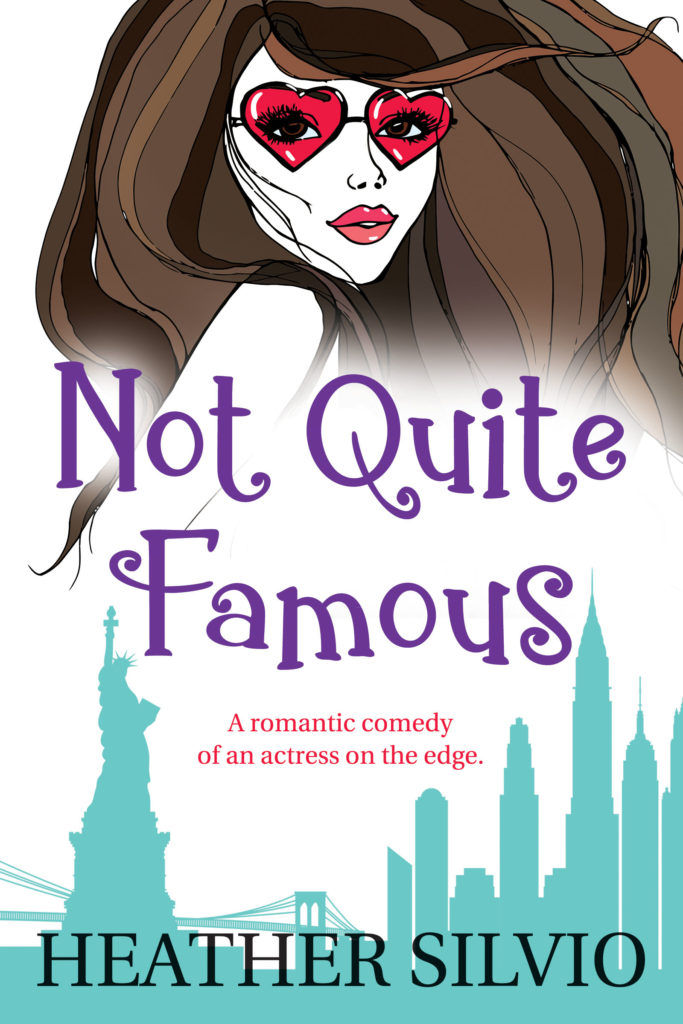 Not Quite Famous
by Heather Silvio

A romantic comedy of an actress on the edge.

Meet 20-something “professional background actress” Graciella Corsini as she orbits on the fringe of the entertainment industry in the most exciting city in the world, New York City.

When cast on the hottest daytime drama on television, Gracie fights the temptation of her off-limits but otherwise perfect romantic match – the show’s star, Julian. Already dodging the nefarious actions of Alicia, an ex-lover’s wife, the stakes skyrocket when Gracie tangles with mobster Tommy after witnessing illegal activity.

Is Gracie bound to end up sleeping with the fishes, courtesy of Tommy?

Can Gracie and Julian find their way to true love? 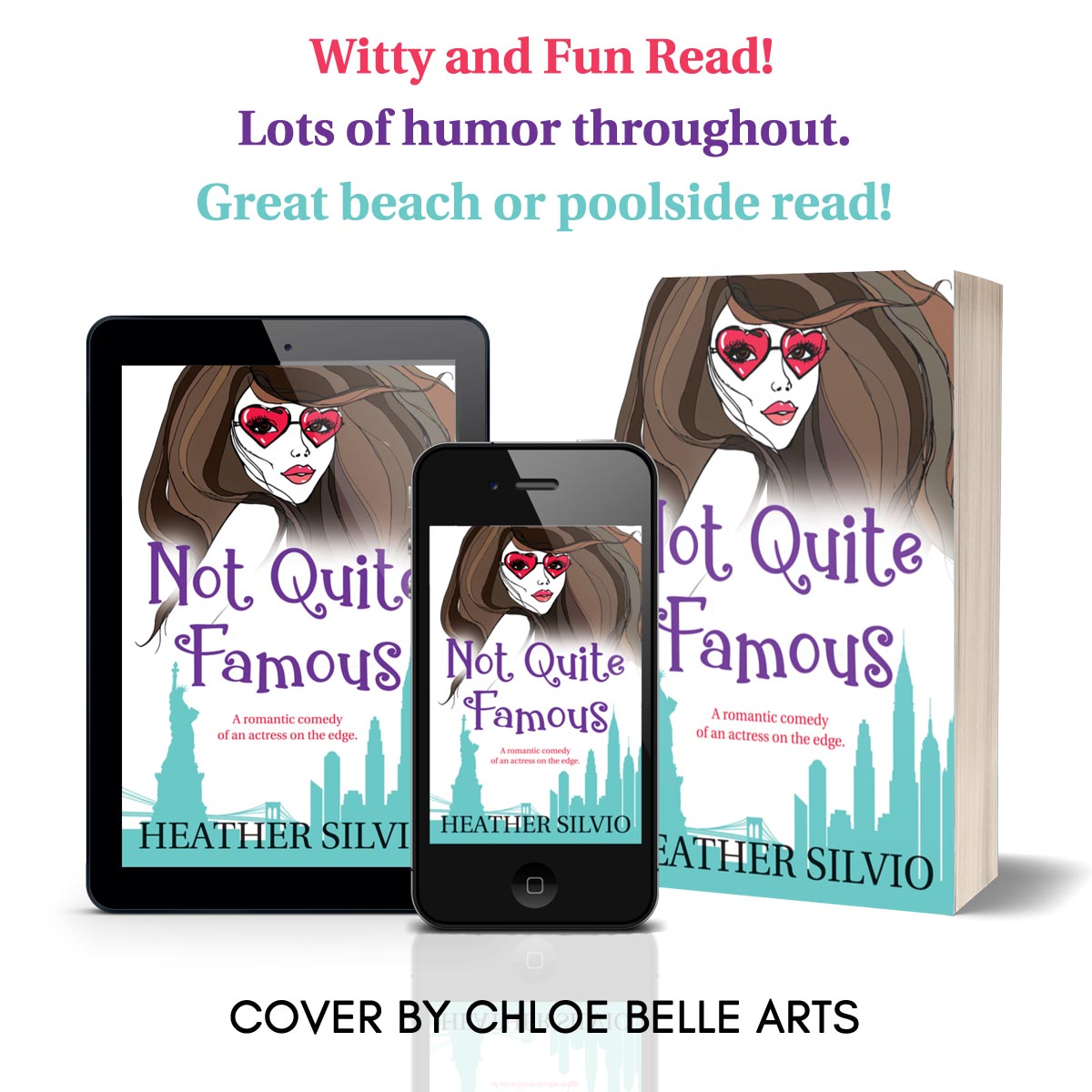